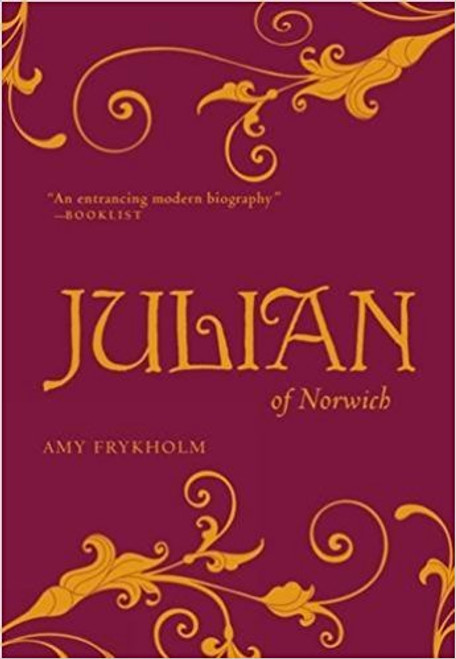 The first fully-realized biography of Julian—theologian, anchorite, and visionary of the Middle Ages.

A groundbreaking and sometimes controversial biography that offers full tribute to the mystic Julian of Norwich. In May 1373, a thirty year-old woman living in East Anglia suffered an illness. She received visions—what she later called "sixteen showings"—revealing to her secrets of the love of God. When she fully recovered, Julian recorded and richly explored those revelations, creating what became the first English-language book written by a woman.

Drawing on Julian's own writings, Frykholm's biography paints a vivid picture of the 14th century and this remarkable woman's place in it. Through plague, church corruption, economic devastation, and great personal loss, she presciently addressed her culture's greatest fears and anxieties. Ultimately, Julian's life is shrouded in mystery, and yet she has become a significant figure in contemporary spirituality today.

The Voice of Matthew

Being Called, Being Gay

Formed by Love (Church’s Teachings for a Changing World: Volume 5)

Freedom and Forgiveness: A Fresh Look at the Sacrament of Reconciliation