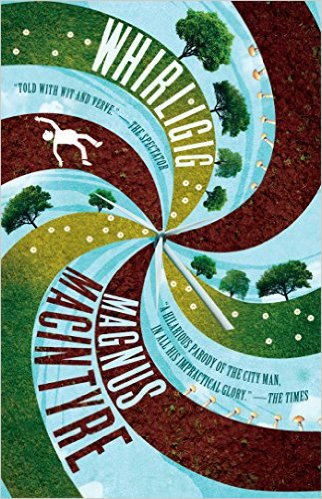 From a bold new voice in British comic fiction, a hilarious story of a middle-aged man who drops everything to move to the wilds of Scotland—discovering both a strange breed of capitalism and the redemptive power of nature.

Claypole is not “a large man.” He is a fat man. A fat man with thin limbs, like an egg with tentacles. And life is not going well. He’s alone, idle, and on the brink of a medical crisis when a childhood acquaintance makes him an offer he can’t understand, can’t talk about, but ultimately can’t refuse.

A week later, he finds himself in rural Scotland, plunged into an eccentric community at war over a wind farm. Claypole is supposed to be a backer, but he has no idea what side he’s on, even though it may earn him a lot of money. All he wants is to look like a hero in front of the woman with the bright blue eyes who brought him here. To do so he must run the gauntlet of a family with many dark secrets, some dangerous hippies and their hallucinogenic potions, and the wilderness itself with all its threats and dangers.

Whirligig is a raucous, joyous, often poignant comedy about the redemptive power of the countryside. Written with wit and an intuitive sense of pace and focus, it’s a timeless classic about how—or how not—to turn your life around.