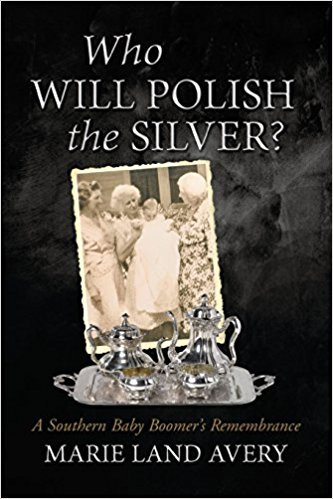 Who Will Polish the Silver?: A Southern Baby Boomer's Remembrance

Marie ("Missy") estimates that as the hostess for family celebrations she has polished 6,720 fork tines front, back, and in between. She's seen her duty, and she's done it. In Who Will Polish the Silver? she shares the stories about her life growing up in the 1940s South, surrounded by several generations of an eccentric family grounded in its lineage and formed by the expectations accompanying that lineage. It was a time when Victorian manners and Civil War pride still permeated the culture. Framed by Missy's legacy of the family silver which symbolizes her heritage and its responsibilities, Who Will Polish the Silver? follows her through rapidly changing decades toward her inevitable status as an aging baby boomer. A young girl's recollections growing up in Statesville, North Carolina, are juxtaposed with the older Missy's later broader experiences; this alignment demonstrates that the values and self-image acquired in childhood endure.