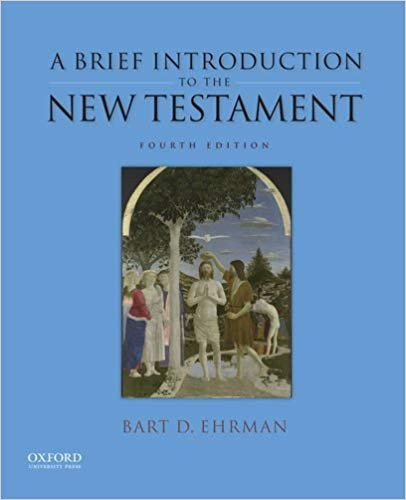 A Brief Introduction to the New Testament

Featuring vibrant full color throughout, A Brief Introduction to the New Testament, Fourth Edition, is a concise version of Bart D. Ehrman's best-selling The New Testament: A Historical Introduction to the Early Christian Writings, Sixth Edition. Retaining the approach of the longer textbook while condensing and simplifying much of its material, this volume looks at the New Testament from a consistently historical and comparative perspective and emphasizes the rich diversity of the earliest Christian literature. Distinctive to this study is its emphasis on the historical, literary, and religious milieux of the Greco-Roman world, including early Judaism.

The text incorporates a wealth of pedagogical resources including an extensive text box program, study questions, maps, timelines, and more than eighty photos (including three photo essays). A comprehensive glossary contains more than 200 key terms; these terms appear in boldface type the first time they are used in each chapter and are also listed at the end of each chapter in which they appear.