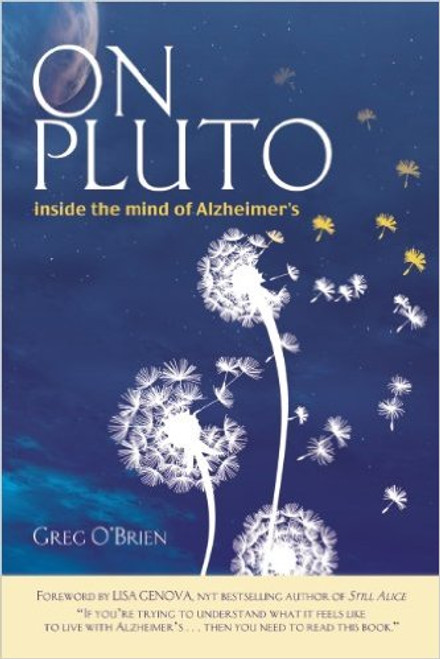 This is a book about living with Alzheimer’s, not dying with it. It is a book about hope, faith, and humor—a prescription far more powerful than the conventional medication available today to fight this disease.

Alzheimer’s is the sixth leading cause of death in the U.S.—and the only one of these diseases on the rise. More than 5 million Americans have been diagnosed with Alzheimer’s or a related dementia; about 35 million people worldwide.

Greg O’Brien, an award-winning investigative reporter, has been diagnosed with early-onset Alzheimer's and is one of those faceless numbers. Acting on long-term memory and skill coupled with well-developed journalistic grit, O’Brien decided to tackle the disease and his imminent decline by writing frankly about the journey. O’Brien is a master storyteller. His story is naked, wrenching, and soul searching for a generation and their loved ones about to cross the threshold of this death in slow motion. On Pluto: Inside the Mind of Alzheimer’s is a trail-blazing roadmap for a generation—both a “how to” for fighting a disease, and a “how not” to give up!

Inside the O'Briens: A Novel

I Witness: Living Inside the Stories of Advent & Christmas

Dancing From The Inside Out

Openings: A Daybook of Saints, Sages, Psalms, and Prayer Practices

On Sexuality and Scripture