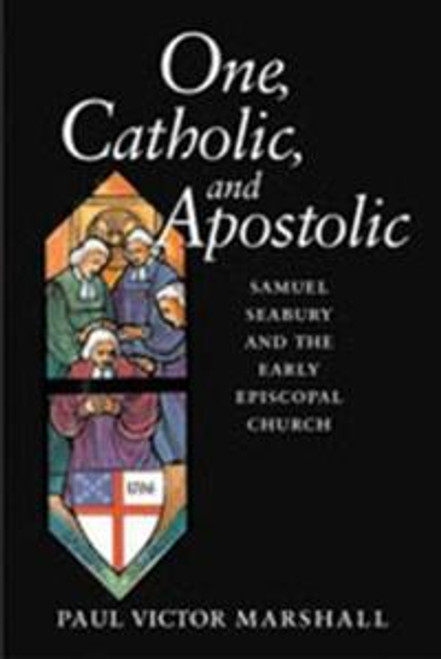 This first new book on Bishop Seabury in more than a decade, One, Catholic, and Apostolic: Samuel Seabury and the Early Episcopal Church is a fascinating story of the first bishop in the Episcopal church.

In 1783, Seabury was chosen by the clergy of Connecticut to seek ordination to the episcopate in England. After a year of negotiation, Seabury found it impossible to obtain Episcopal orders from the Church of England because, as an American citizen, he could not swear allegiance to the crown. He then turned to the non-juring bishops of the Episcopal church in Scotland and was ordained on November 14, 1784. As part of his negotiation with the Scottish bishops Seabury agreed to incorporate the Communion Service from the Scottish Prayer Book into a new American Prayer Book, thereby establishing a pivotal component in American Anglican Liturgy. When he returned to America, he was recognized as the first Bishop of Connecticut.

Using Seabury's persona and thought as central themes, distinguished historian and Bishop of Bethlehem (PA) Paul Marshall argues that liturgy cannot be understood simply by studying texts, and so he explores the complex personalities, motivations, loyalties and prejudices that went into the formation of the Episcopal church and the creation of its liturgy. (includes CD-ROM appendix.)

An Episcopal Dictionary of the Church

Looking at the Episcopal Church

An Introduction to the Episcopal Church

Preparing for Baptism in the Episcopal Church

Openings: A Daybook of Saints, Sages, Psalms, and Prayer Practices