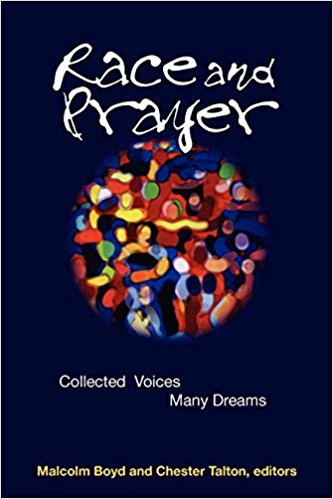 The damage done by hatred and prejudice -- based on race, sexual orientation, religion, or gender -- runs very deep. The damage is often invisible, but it simmers beneath the surface anyway. In Race and Prayer, Malcolm Boyd and Chester Talton have collected poems, prayers, and prose that bring the anger and frustration to light, and ultimately, they hope, to a place of reconciliation and healing.

Race and Prayer is divided into five sections: Suffering and Anger; Prejudice and Hatred; Diversity; Reconciliation and Healing; and Growth in Understanding and Sharing. Contributors to this collection range in age from teenagers to the elderly, and include men and women from a wide variety of racial and ethnic backgrounds, all of whom speak honestly of their own experiences, heartbreaks, and hopes. Twelve cartoons from three-time Pulitzer Prize winner Paul Conrad, editorial cartoonist at the Los Angeles Times, add to the power of this collection.