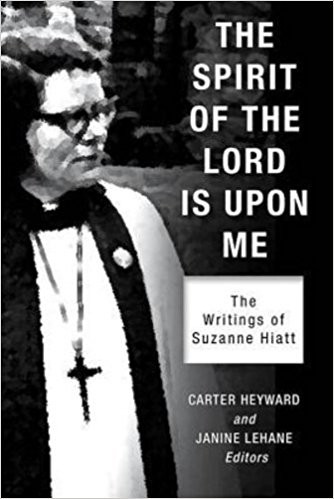 The Spirit of the Lord Is Upon Me: The Writings of Suzanne Hiatt Paperback – May 10, 2014

• To release in anticipation of the 40th anniversary of the ordinations
• Gathers the bulk of Sue Hiatt’s writings, never before published
• Reflections from Sue’s peers and colleagues

As we approach the 40th anniversary of the irregular ordination of the group of women who became known as the “Philadelphia Eleven,” Carter Heyward and Janine LeHane gather the writings of Sue Hiatt, considered “bishop to the women” and leader of the movement that led to that momentous occasion.

Quiet, introspective, passionate, strong-minded, Sue Hiatt’s road to Christian feminism began as a teenager. These writings, alongside material by Carter Heyward and others critical to the movement, are a vital source of study, reflection, and inspiration.