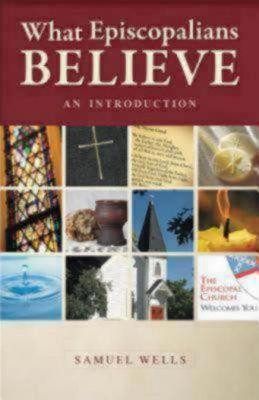 What Episcopalians Believe by Samuel Wells

Episcopalian identity tends to focus on history and worship, and sometimes on ethics but "cradle" and new Episcopalians plus seekers will benefit from having a brief, accessible summary of the Christian faith as seen through an Episcopalian lens. There are two underlying convictions behind the book: first, that ecumenism is at the heart of the Episcopal faith. Episcopalians are well placed to offer themselves as a place of convergence between Roman

The book comes in four parts:

Sources of the Faith

The Order of the Faith

The Character of the Faith