The Right Word: Roget and His Thesaurus 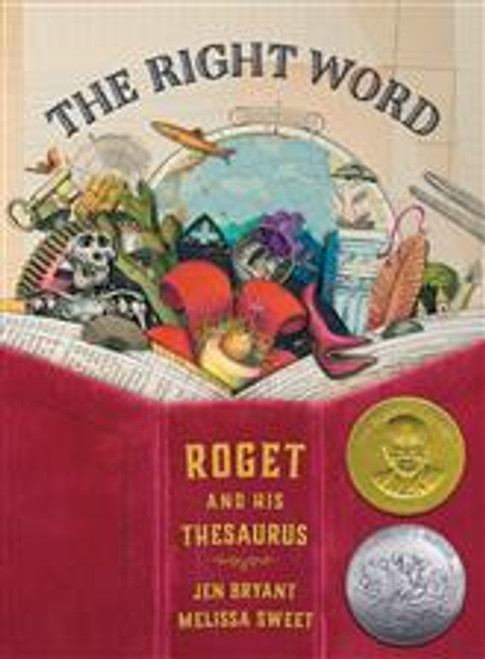 The Right Word: Roget and His Thesaurus

"Words, Peter learned, were powerful things. And when he put them in long, neat rows, he felt as if the world itself clicked into order."

For shy young Peter Mark Roget, books were the best companions — and it wasn't long before Peter began writing his own book. But he didn't write stories; he wrote lists. Peter took his love for words and used it to organize his ideas and find exactly the right word to express just what he thought. His lists grew and grew, eventually turning into one of the most important reference books of all time.

This book is an inviting, visually engrossing portrayal of Peter Mark Roget and the creation of the thesaurus. Readers of all ages will marvel at Roget's life, depicted through lyrical text and brilliantly detailed illustrations. This elegant book celebrates the joy of learning and the power of words.

Feasting on the Word Advent Companion

Cross Words: A Devotional for Youth

The Rule of Saint Benedict

The Rebirthing of God: Christianity's Struggle for New Beginnings by John Philip Newell

The Practice of Prayer by Margaret Guenther

The Sacred Art of Lovingkindness: Preparing to Practice

The Prayer of Saint Francis illustrated by Giuliano Ferri