The Devil's Half Mile: A Novel 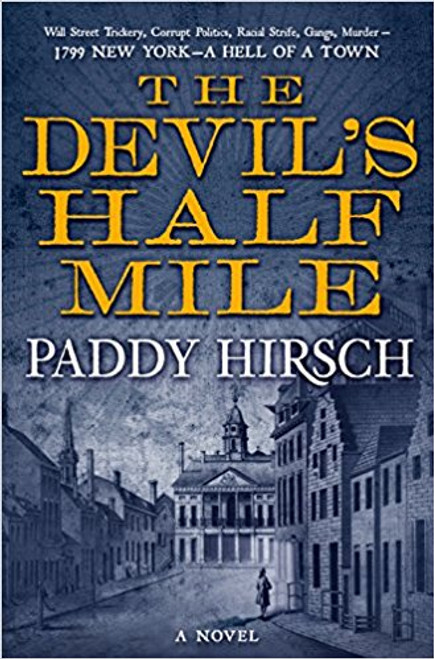 The Devil's Half Mile: A Novel

Seven years after a financial crisis nearly toppled America, traders chafe at government regulations, racial tensions are rising, gangs roam the streets and corrupt financiers make back-door deals with politicians... 1799 was a hell of a year.

Thanks to Alexander Hamilton, America has recovered from the panic on the Devil's Half Mile (aka Wall Street), but the young country is still finding its way. When young lawyer Justy Flanagan returns to solve his father's murder, he exposes a massive fraud that has already claimed lives, and one the perpetrators are determined to keep secret at any cost. The body count is rising, and the looming crisis could topple the nation.

"A thriller with strong, multifaceted heroes and villains, [and] tight plotting. I impatiently await the next adventure."―Patrick Taylor, NYT bestselling author of the Irish Country series

Inside the O'Briens: A Novel

The Survivor (A Mitch Rapp Novel)

To Be Where You Are (A Mitford Novel)

The Concise Concordance to the New Revised Standard Version

The Divine Dance: The Trinity and Your Transformation

The Courage to Grow Old by Barbara Cawthorne Crafton

The Divine Hours: Prayers for Springtime

The Divine Hours: Prayers for Summertime

The Cup of Salvation: A Manual for Eucharistic Ministers