A Naked Tree: Love Sonnets to C. S. Lewis and Other Poems 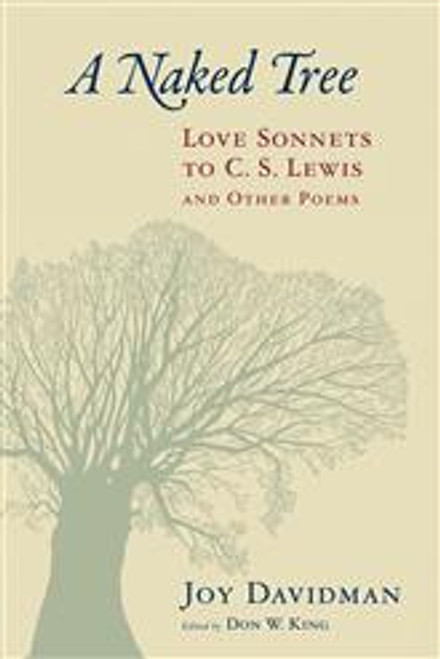 A Naked Tree: Love Sonnets to C. S. Lewis and Other Poems

Although best known as C. S. Lewis's wife, Joy Davidman was a gifted writer herself who produced, among other things, two novels and an award-winning volume of poetry in her short lifetime.

The first comprehensive collection of Davidman's poetry, A Naked Tree includes the poems that originally appeared in her Letter to a Comrade (1938), forty other published poems, and more than two hundred previously unpublished poems that came to light in a remarkable 2010 discovery.

Of special interest is Davidman's sequence of forty-five love sonnets to C. S. Lewis, which offer stunning evidence of her spiritual struggles with regard to her feelings for Lewis, her sense of God's working in her lonely life, and her mounting frustration with Lewis for keeping her at arm's length emotionally and physically.

Poems and Prayers for Easter

In the Company of Others (The Mitford Years)

A Manual for Acolytes: The Duties of the Server at Liturgical Celebrations

A Manual for Eucharistic Visitors

A Little Daily Wisdom: Through the Year With Saint Teresa of Avila

A Marriage in Middlebury

A People Called Episcopalians: A Brief Introduction to Our Way of Life, Revised Edition

A Priest's Handbook: The Ceremonies of the Church (Third Edition)

A Lector's Guide and Commentary to the Revised Common Lectionary: Year C

A Lector's Guide and Commentary to the Revised Common Lectionary: Year B